I know, I know, I’ve already written a blog post about the wonderful wildlife that I’ve seen in 2014. But none of it would’ve been possible if not for fantastic people and amazing places.

I’ve actually already blogged about two amazing places earlier this month as part of AFON’s Advent Blog Posts. I couldn’t pick between them, so I wrote about both Chesil Beach and Gilfach Reserve because they are both just absolutely stunning and have played a really big part in me seeing so much wildlife. 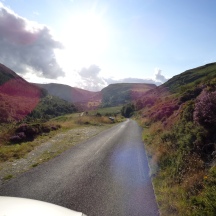 Naturally, I have also visited a variety of other natural areas across the country – from Yorkshire over to a number of spots in Wales, across to London, down south in Dorset, and back east to Sussex. It’s hard to pick highlights, they were all great in their different ways, but I guess the following are probably the ones below:

Taking gravel out to the islands. Apparently harder than it looks (no waders for me, so I got ferried across, felt v posh)

Whilst this isn’t a great photo (so much zoom!), there is a real variety of birds – Godwit, Sandwich Tern, Shelduck, Black-headed Gull, and another I can’t remember 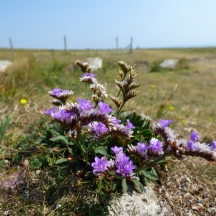 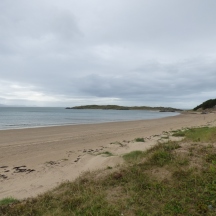 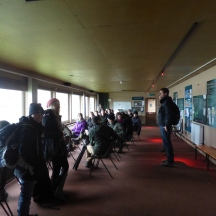 Where to start? I have met so many brilliant / fantastic / inspiring naturalists this year. Every single person deserves a big thank you and a hug for being amazing. I’ll try to list them … but I may miss someone out, in which case I’m really sorry, but you’re still awesome!

The new S4F trainees after our shopping trip! (I’m the tiny one on the right) Photo by Steve Davis

Emily at the rockpool

And so whilst finishing this post off, I feel slightly overwhelmed. 2014 has been such an epic year – beautiful places, lovely people, stunning wildlife. Can 2015 compete? Well, I shall shortly be setting myself some Wildlife Resolutions for the new year, and I’ve got an upcoming exciting project. I’m going to be giving it my best shot, that’s for sure!

Well, that break turned out to be slightly longer than planned, but a lot has happened including a life-changing decision, a couple of holidays and more!

To start with, the BIG SCARY life-changing decision. As of the beginning of August, I was no longer a trainee with Dorset Wildlife Trust but on a Jobs Growth Wales position with Radnorshire Wildlife Trust (in mid-Wales). I am now the Assistant Environmental Engagement Officer at RWT!

To cut it short, I do the day-to-day running of the visitor centre at Gilfach Reserve (follow #GilfachReserve on Twitter for wildlife sightings and events!), have started doing some of the social media for the Trust (see my most recent Facebook post!) and will be assisting with events, activities and school groups. There is also the opportunity to do more surveying, which I am thrilled about – I’m already running a moth trap at the reserve and hope to assist others in the Trust with their survey work. 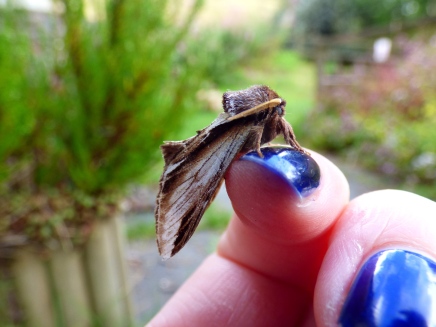 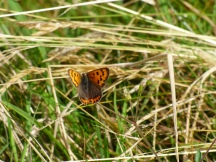 So backtracking to the end of my traineeship in Dorset – despite having a new job to prepare for (and all the preparation of moving house / finding somewhere to live / etc), I still had plenty to get on with. The biggest thing that was taking over my life was planning for the Big Wild Chesil Event, a celebration of Chesil’s wildlife and the work of Dorset Wildlife Trust. It was a fabulous day in the end (albeit slightly stressful since I was the organiser!), and I think my favourite bit was probably trying some Morris Dancing – I do believe there is a photo somewhere, but I won’t look too hard for it!

Chloe with a brilliant family activity

Emily at the rockpool

I also managed to fit in some adventuring before I left Dorset, with the result of seeing a wide variety of species – some of which I hadn’t seen before. Thanks to Sean Foote for doing most of the identification!

Underside of a Common Blue Butterfly 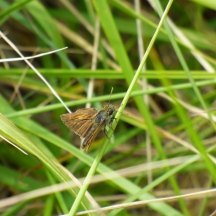 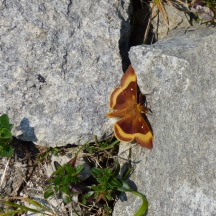 Holiday-wise, I went a minibreak to Anglesey with family. We went off to the Anglesey Show which was fantastic! I think the most thrilling bit was the Shetland Pony Grand National, there was so much drama! And it is possibly one of the cutest things I have ever seen! We also went to Newborough Beach where I may have annoyed my parents slightly by stopping to take photos of lots of invertebrates. However, by doing so, I also saw a red squirrel which they didn’t see! No photo though as it was very quick and off in the distance. NB: why was there a red squirrel at the beach? There’s also lots of woodland there! 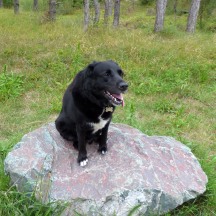 The dog on a rock 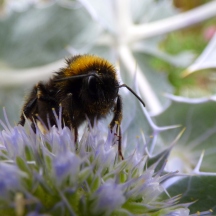 So yes, quite a lot has occurred and it’s all been a bit mad! But then, that’s life and I’ve been enjoying it, and I’ve seen lots of beautiful wildlife.