It’s proving difficult to blog every day for 30 Days Wild this year, but there is no need to worry. I am most definitely still connecting with nature every day!

Spent much of today in the garden again, plus I had a lovely lunchtime walk with @mattadamw. #30DaysWild #Cambridge pic.twitter.com/JzsCWe9WSZ

I actually had a day off from working on Wednesday (Day 8), though I spent much of it either working on my laptop or working in the garden. However, Matt and I did go for a lovely walk at lunchtime. Alongside admiring dragonflies and butterflies, we also heard a Corn Bunting (Emberiza calandra) and I managed to get good views (but no photos) of a Whitethroat (Sylvia communis).

The wildlife spotting started early on Day 9 when we emptied the garden moth trap. There was a good variety of species, above you can see Cinnabar (Tyria jacobaeae), Poplar Hawk-moth (Laothoe populi), White Ermine (Spilosoma lubricipeda) and Green Silver-lines (Pseudoips prasinana). The morning was then further improved when I found out that the abstract I had submitted for giving a talk at Ento ’16 had been accepted!

The theme for today's lunchtime walk at @WimpoleEstateNT was yellow
I think they are yellow meadow ants #30DaysWild pic.twitter.com/d1f274sccL

I was working at Wimpole that day, so I took a lunchtime walk in front of the house. The lawn is absolutely gorgeous, as they let the grass grow long and there are lots of wildflowers amongst it. Including a Bee Orchid (Ophrys apifera), as shown below. I think I may attempt to photograph the orchid in flower next week – though I don’t know if I will manage to find it again!

This looks promising for a bee orchid … what do y'all think? #orchids #wildflowers #meadows pic.twitter.com/K6JtMkQCe2

On Friday I was working at Wicken Fen, leading KS2 school groups in pond dipping. We caught a silly number of newt tadpoles, and some absolute whoppers of diving beetles and their larvae. I recently learnt that the underside is useful in identifying the different diving beetle species, hence the photos below of their undersides! For example, I am pretty confident that the adult beetle below on the right is a Black-bellied Diving Beetle (Dytiscus semisulcatus). We also saw the food chain in action when a diving beetle larvae was caught with a water boatman in its jaws! I knew they were predators, but didn’t realise that they ate adult beetles of other species! 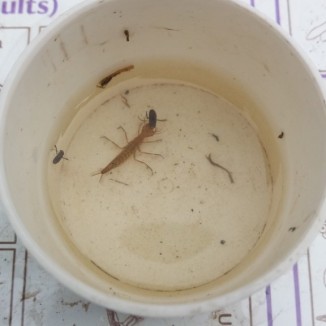 I had yet another day off this week! Very strange indeed. My To Do list was depressingly long so I spent the morning and much of the afternoon attempting to tackle it, but I did manage to get out and visit a local nature reserve in the late afternoon. I decided to local Wildlife Trust reserve, Houghton Meadows. On the walk down the lane, I found a couple of feathers to stick into my hat which was fun.

Selfie yday when I found some feathers for my hat. Not a full selfie as eczema is messing up my face atm#30DaysWild pic.twitter.com/fLcLDqO6Et

Houghton Meadows is a lovely place, the fields were just brimming with flowers. Yellow Rattle (Rhinanthus minor) was everywhere, and so because it has parasitic properties on grasses (thus limiting their growth), there were other wildflowers everywhere too: Bird’s-Foot Trefoil (Lotus corniculatus), Ox-Eye Daisy (Leucanthemum vulgare) and Red Clover (Trifolium pratense). The insect population was strong too, lots of Diamond-backed moths (Plutella xylostella), a Common Blue butterfly (Polyommatus icarus) and plenty of damselflies and dragonflies. I had particular fun photographing a male Banded Demoiselle (Calopteryx splendens) through the grass stems. 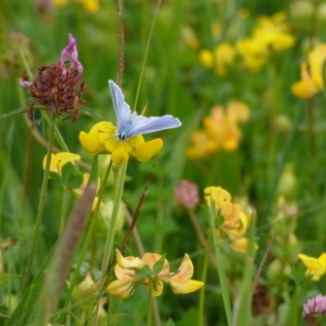 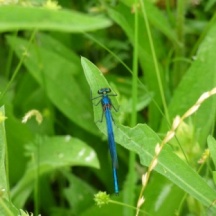 On my walk back to the car, I was thrilled to find a family of Long-tailed Tits (Aegithalos caudatus), as they were one of my favourite birds. Mind you, they are a nuisance to try and take photographs of as they move around so much! However, a couple of these particular birds didn’t move around as much, I think they must’ve been fledglings. 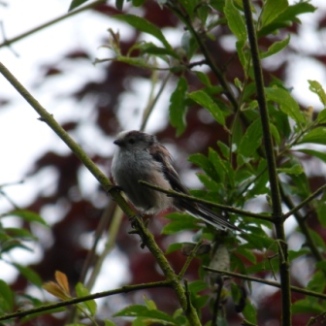 My wildlife adventures this week turned away from the typical ventures at nature reserves, towards indoor exploration. Matt and I spent a day with my family at the Science Museum and then the V&A Museum, to celebrate a birthday. I am always a big fan of museums as they are such excellent places for learning – whether it be about the natural world, the lives of humans long ago or otherwise. I wasn’t expecting much, if any, nature in this trip, after all we weren’t at the Natural History Museum. But as the title suggests, I was pleasantly surprised.

Before any insects, we found the DNA model made by Crick and Watson (NB: I feel more should have been said about Franklin in the description). After lots of button-pushing and pointing at shiny things by my nephew (a sign of how the rest of the day would turn out – he loves buttons!), we then stumbled across some bees! From what I remember, the one in the middle is robotic bee whose flight is based on the study of honeybees. 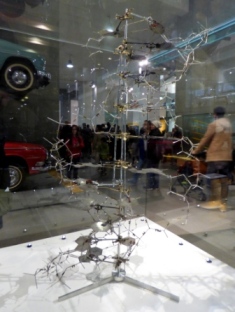 Skip ahead through galleries about atmosphere, household goods and wooden doors, plus some delicious lunch (surrounded by very loud children!), and we get to the Glass Gallery in the V&A Museum. My nephew amused himself, and the family, by running around laughing and looking for buttons to push or stairs to climb. In between being amused by his antics, I took the opportunity to look at the various objects on display. There was plenty of wildlife to be found – as ever, artists being inspired by nature. I think my favourites are the first three – jellyfish, vases and the branch, though I was awed to see work from mosaic tiles from 1-2C AD! 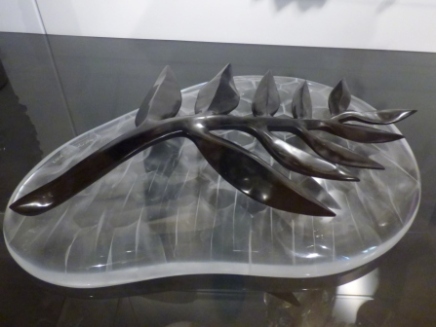 I was intrigued by whether I could find any insects among the collection. There were flowers, trees and birds a-plenty, but I felt certain there must be some insects in there, even if only the usual butterflies found in artwork. I asked the gallery attendant / volunteer, but they didn’t know. So what next? Well, obviously attempt to examine every object in there for insects – a challenge and a half, but I was going to go around and browse anyway, so why not make said browsing a bit more detailed? I was rewarded for my efforts, and many times over. Whilst the insects weren’t normally the main feature on a glassware (or pottery), nonetheless, they were there. Also, a cute snail too. 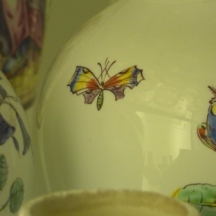 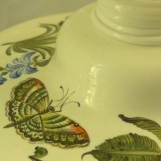 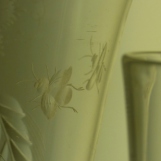 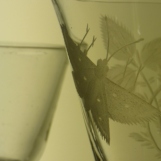 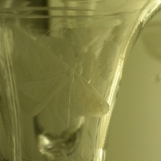 All in all, a lovely day out with the surprising, but pleasant, appearance of insects and nature within the galleries.