A blustery Monday at Chesil (which is pretty much always windy by the way), and we were heading out onto the beaches to recce a butterfly survey walk. Minimal Lepidoptera seen this time, just one Small White in fact, but plenty of other wildlife about including bumblebees and Wheatears (Oenanthe oenanthe). Other notable birds seen at Chesil earlier this week have been Curlew Sandpiper (Calidris ferruginea) and Little Terns (Sternula albifrons). 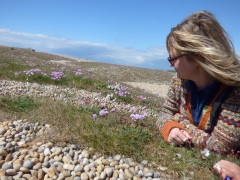 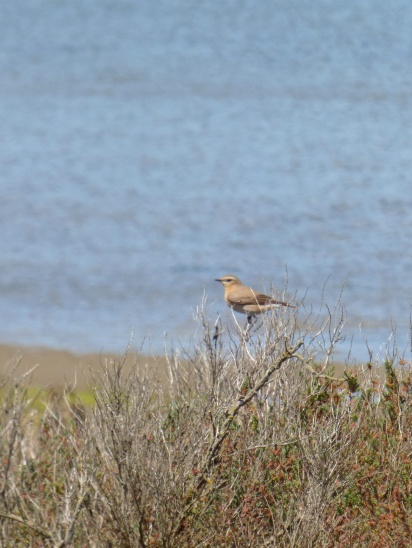 My favourite part of the aforementioned walk was when we came across a mass of fluffy caterpillars, initially thought to be around 50 or so. I started counting … and kept counting … and still counting … there were 157 of them in a small patch of land (a couple of square metres roughly)!!! 157!!!!! Crazy numbers! And then I found a further 11 not too far away – I wonder how many are actually on Hamm / Chesil Beach? Anyway down to identification – not too difficult with this species, it is very distinctive: Garden Tiger Moth Caterpillar (Arctia caja, I found two a couple of weeks ago as well). Since I found a total of 168, and they are a relatively common species – though declining like many – I decided that it would be safe to take 3 of them to raise up. They are now living in a (large) pot with plenty of food. Naturally, I shall be keeping track of their progress and will update you as well.

A second type of caterpillar was later found at Lorton … but no clue as to what it is! Green caterpillars are rather difficult to identify, so I am also going to raise that one into an adult and shall let you know what it turns into! 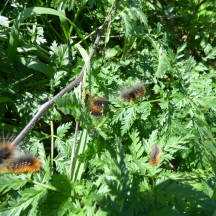 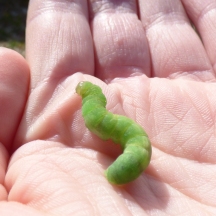 I had cracking views of the local kestrel (Falco tinnunculus) one morning, it was hovering near the centre then dropped down on its prey and stood on the path for a while munching away / ripping it apart. A little grim, and unfortunate for the small mammal being eaten, by fascinating nonetheless. 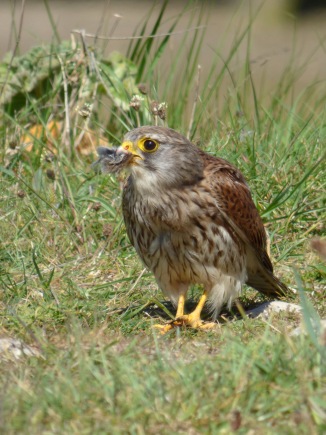 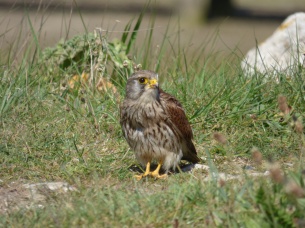 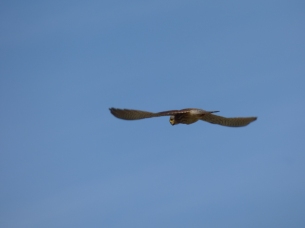 I am very lucky to be paid to do what I love, which to put it shortly is talking to people about wildlife. This week had a special highlight as we had a class from local school come to Lorton to do pond dipping, which is absolutely one of my favourite activities! The underwater world is just fascinating! This session was no exception; with water boatmen, damselfly nymphs and snails galore! The highlights for me were finding the exhuvia (skin) of a dragonfly nymph (left behind when the adult dragonfly takes to the air), and two different types of water snail eggs – you can tell the difference between the species by how the eggs are laid onto the surface.

A typical conservationist, I went for a walk on the reserve after work as I had been informed that the Early Purple Orchids (Orchis mascula) had started to bloom. So I duely headed off to find them, and of course, saw plenty of wildlife along the way. The dandelions (Taraxacum) are going over now, which is great fun for blowing the seeds. I even saw a couple of Long-tailed Tits (Aegithalos caudatus), and finally managed to take some decent photos, after mixed attempts previously! 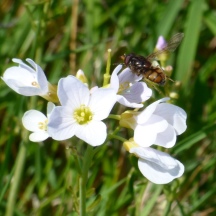 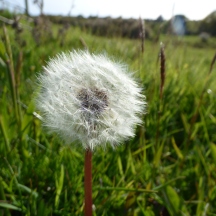 The weekend saw me adventuring to somewhere new – the lovely Worcestershire county, particularly the Malvern area. Matt was leading a dawn birdsong walk with the local WI and I tagged along, the highlights for me were: Blackcap (Sylvia atricapilla), Garden Warbler (Sylvia borin) and Goldcrest (Regulus regulus). Moving from birds to botanical, a visit to a nearby nature reserve meant that I could practice my wildflower ID. 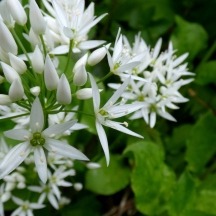 Matt has spent quite a lot of time here photographing the wildlife. Below is one of a Grey Wagtail (Motacilla cinerea), a pair of which breed under the bridge.

3 thoughts on “Here Be Tigers And Dragons”